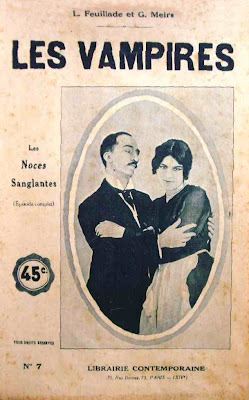 "We are surrounded by enemies. We must be watchful and keep quiet!"

The final chapter. The Vampires are poised to take revenge on Guerande and his family, and a widow's faith in spiritualism may give them the advantage they need...

Months after their wedding, Phillipe Guerande and Jeanne are living in fear of a revenge attack by the Vampires. Augustine, the widow of poisoned concierge Leon Charlet, is offered a job as the Guerandes' maid. Vampire spies witness Augustine's interest in fortune-telling, and send an anonymous note luring her to the house of fake spiritualist Madame d'Alba at 13, Avenue Junot, the Vampires' latest hideout.

Madame d'Alba hypnotises Augustine into giving the Vampires access to the Guerandes' home. But a lovestruck Mazamette has been tailing her in secret, and foils an attempt by Venomous and Irma Vep to gas the sleeping Guerandes to death. Meanwhile, Jeanne is abducted from her bedroom by the Vampires...

Guerande leads a police raid on 13 Avenue Junot. The Vampires again evade capture, kidnapping Augustine as she exits the house; Mazamette shoots a hole in the tank of their getaway car, which leaves a trail of leaking oil... Guerande sneaks into the Vampires' chateau. While the Vampires are inside drunkenly celebrating Venomous and Irma Vep's imminent wedding, Guerande sets a trap on the nearest balcony...

The police raid the chateau at dawn and several Vampires are killed by gunfire. Venomous and others attempt escape via the balcony, but Guerande has cut through the floorboards, and they fall two storeys to their deaths. Irma Vep, meanwhile, has been hiding away from the police battle. She slips away from the conflict unnoticed and enters the basement where Augustine and Jeanne are being held hostage, armed with a revolver...

Notes:
...And the fate of Irma Vep won't be revealed here. Where would be the fun in that?

With the exception of Fantomas, Vep is Louis Feuillade's most enduring character. Thanks to the surrealists, and thanks to film historian Henri Langlois (who championed The Vampires tirelessly), her legacy is still with us. Feuillade's story inspired Olivier Assayer's 1996 Irma Vep (starring Maggie Cheung) and, indirectly, Charles Ludlum's play The Mystery of Irma Vep and its Brazilian film adaptation, Irma Vep - She's Back!.

Many of the cast of The Vampires subsequently appeared in Judex, and Feuillade himself produced further crime serials, most notably Tih Minh (1918) and Barrabas (1919). The main cast came together to film a small section of wartime fundraiser For The Children in 1916 (included on the Image DVD version of The Vampires), and Musidora and Edouarde Mathe had cameo roles in Jaques Feyder's 1916 satire The Clutching Foot.

The influence of The Vampires is difficult to pin down. As with so many silent films, its success on release did not extend its shelf life into the sound era. Even so, it fits perfectly the definition of "cult film", having had a small but dedicated following ever since. From Fantomas onwards, Feuillade's images and ideas have become part of film language. It's probably more appropriate, therefore, to imagine the serial working in the same way as the Vampires themselves; unseen yet omnipresent, hidden behind a myriad of celluloid disguises, making it's presence felt before retreating stealthily back into the shadows...

Availability:
The most complete version of Les Vampires is the Gaumont DVD set, but a cheaper alternative is a US version available from Image Entertainment. 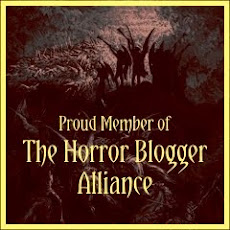 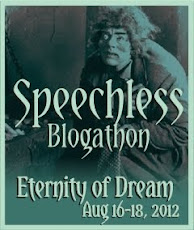